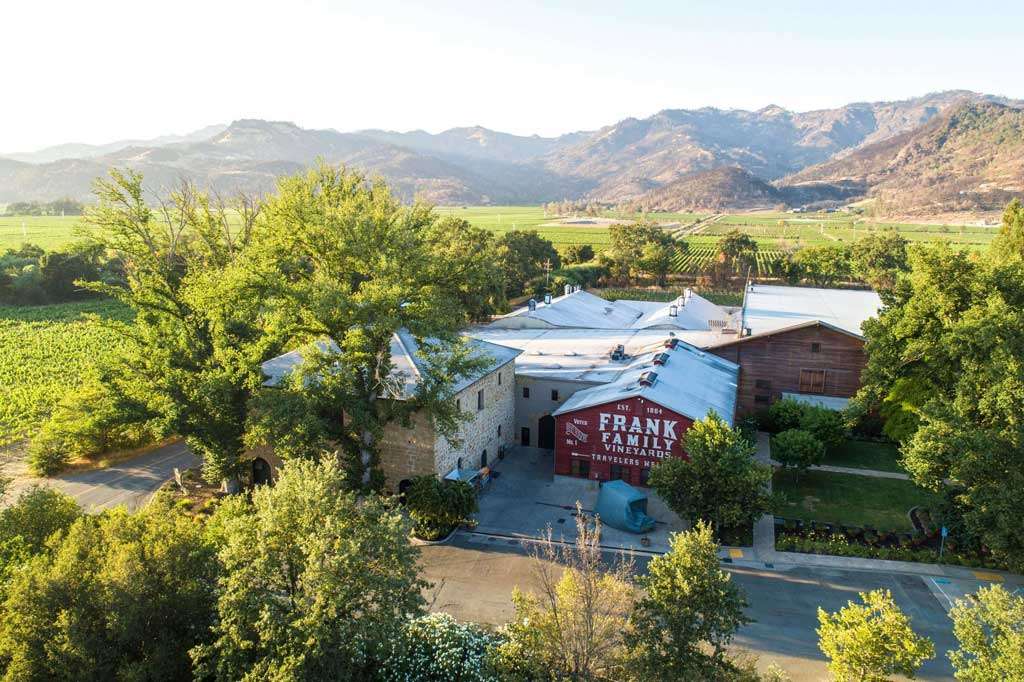 Frank Family Invests in Delicious Wine and the Greater Good

By Kathleen WillcoxPublished On: May 19th, 2022

Consistently named a ‘Best of Napa’ tasting room, there’s something for everyone here

Frank Family Vineyards is a legacy, a legend, a gathering space and a force for the greater good. Yes, that sounds like a lot, but they’ve earned it.

The winery that Frank Family now occupies was established in 1884, the site of the historic Larkmead Winery founded by S.P. Connor. (The original stone winery is listed on the National Register of Historical Places). It has changed hands many times over the decades, but got its first start in 1958, when Hanns Kornell introduced the French champenoise method to California from that space.

Kornell, a Holocaust survivor who fled to America and hitchhiked to California, later earned a permanent place in the country’s hearts and palates through his delicious innovations in the world of wine.

In 1990, Rich Frank moved to the Rutherford Hills, and in 1992 he purchased the old Hanns Kornell Champagne Cellars winery. While Frank and his wife Leslie, who joined the winery when the pair married in the mid-aughts, have taken winemaking in their own direction with GM and winemaker Todd Graff, abandoning bubbles was out of the question.

“Sparkling wine is in the genetic makeup of Frank Family Vineyards,” says Todd Graff. “While the focus of Frank Family’s production shifted to still wines—primarily Rutherford Cabernet Sauvignon and Carneros Chardonnay—the Franks also wanted to continue the legacy of crafting sparkling wine on the property.”

Since opening their tasting room doors, Frank Family has made hospitality center stage. Frank, a former Disney executive, instinctively understands the value of engaging visitors, and meeting them where they are.

For some, that means a quaint no-frills tasting with poured wine and friendly service inside a 1930s Craftsman home, with wine country chic design from Erin Martin.

The Napa Valley’s tasting game is fierce—but Frank Family Vineyards consistently wins “Best of” mentions for their tasting room experiences. Most spaces can do elegance, and many can do education and terroir. But how many can exude genuine warmth and joy while doing it?

That pervasive hospitality extends far beyond the tasting room. Since the get-go, the Franks have devoted a considerable portion of their personal and professional energy to giving back, but those efforts were redoubled in 2018.

“One year after the devastating wildfires of 2017 ravaged through Napa and Sonoma wine country, Frank Family Vineyards felt inspired to do their small but impactful part to make a difference in their community,” says Leslie Frank. “The winery established the #FrankForACause giving campaign as a channel to give back to both local and global causes.

The campaign debuted in October 2018 during National Breast Cancer Awareness Month, with a portion of sales from the winery’s sparkling Brut Rosé supporting to the Breast Cancer Research Foundation.”

They hoped to make an impact, but had no idea the campaign would be so well-received in Napa, and online. Every year since, they’ve introduced new campaigns dedicated to raising funds and awareness for causes near and dear to them.

All told, they’ve raised more than $100,000 for nonprofits like the Breast Cancer Research Foundation, Feeding America, Autism Speaks, the James Beard Foundation’s Open for Good Campaign, the Humane Society of the United States and the Arbor Day Foundation.

During the pandemic the Franks decided to donate $7.5 million to The College of Media at the University of Illinois at Urbana-Champaign, where Rich Frank is an alumnus, to make an investment in the institution that would have an impact for generations.

As an Emmy-award winning broadcast journalist, Leslie Frank also felt that the contribution would give back to students, and citizens in need of cogent, thoughtful news coverage.

Frank Family Vineyards sources grapes from more than 380 acres of estate grapes. Highlights of their portfolio include their Carneros Chardonnay ($40), Carneros Pinot Noir ($40), and Napa Valley Cabernet Sauvignon ($60). My favorite is the Lady Edythe Reserve Brut, named for Rich Frank’s mother, and disgorged after eight years on the lees ($110).

Available nationally, you can get them anywhere and know you’re going to get a reasonably priced, terroir driven California wine from a brand invested in the greater good. But the most delicious and rewarding way to enjoy Frank Family wine is at the tasting room. Estate tastings, which start at $60, may be booked online. 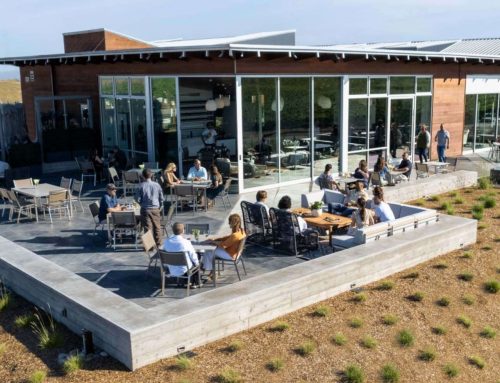 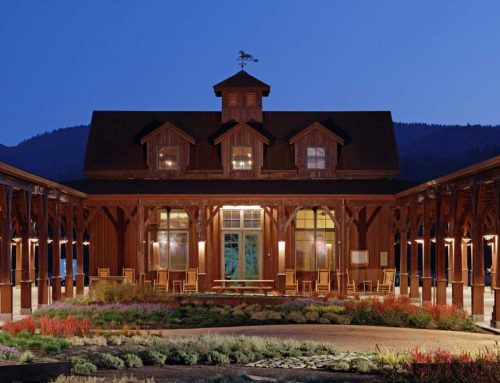 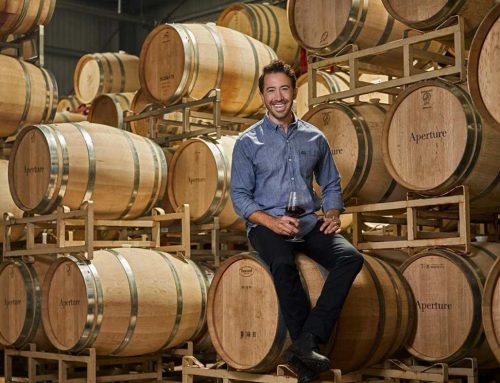 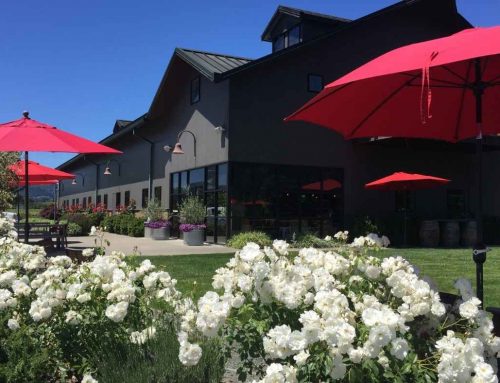 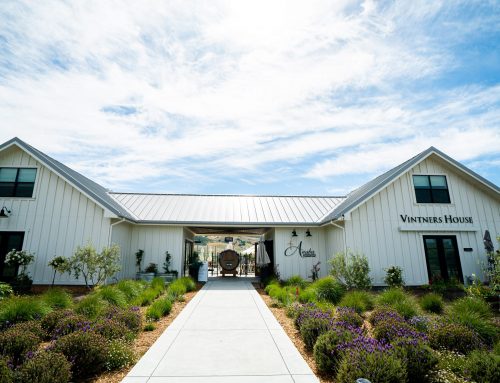 Temecula Wine for the Win

FEATURED - TRIPS AND THINGS Trip Ideas
There are now more than 70 wineries in the Santa Cruz Mountains, and they have been making wine in the region since the 1870’s!
Read More
1 2 3 … 23 Next »

Bacchus Landing in Healdsburg: Everything You Need to Know

Hot Air Balloon Rides Above Napa: Everything You Need to Know

Temecula Wine for the Win